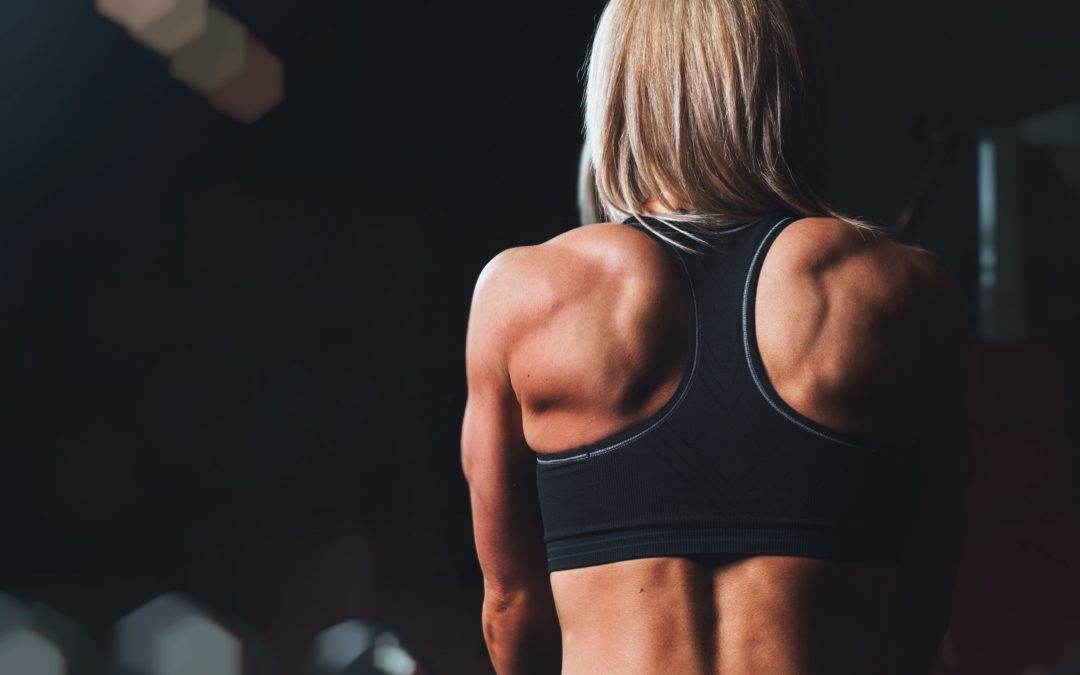 I recently had a female athlete ask me about creatine and whether or not she should take it? I briefly answered her question but later realized that many of our athletes might have the same question which inspired me to put out this blog  with the help of Rob Wildman PhD., R. I hope this helps her and others with the same questions.

Although creatine is produced naturally by the body and is available in commonly consumed foods, it found firm footing as a dietary-supplement ingredient roughly two decades ago. As a strength and performance supplement whose efficacy is supported by more than 100 research studies, creatine is very popular among CrossFit athletes. Despite creatine’s long history of use, researchers have wondered whether supplementation of this nutrient has other applications beyond muscle because it is found in other tissues, just to a lesser degree. In this article, we will explore some of the key benefits of creatine.

Creatine is naturally found in animal foods, with the best food sources being meats, poultry and fish. People who include these foods in their diet tend to get about 1 gram of creatine daily. Because of their increased focus on meat, Paleo- and Primal-type diets tend to deliver more creatine than a typical diet.

Creatine is also made in the body through the combination of three amino acids (arginine, glycine and methionine), and it is found in skeletal muscle, where it serves as a mighty anaerobic power source. Because it rapidly regenerates ATP, the body’s energy currency, creatine is particularly important when performing powerful movements and to extend the number of reps one can do. Greater exercise capacity, in turn, serves to increase the stimulus for gains in muscle strength and size. And it’s a never-ending cycle: Strenuous exercise can increase the absolute level of creatine in muscle, which leads to further increases in the exercise stimulus for muscle adaptions. Taking a creatine supplement essentially guarantees that muscles’ creatine capacity is fulfilled rather than hoping that the food you’re eating is giving you all the creatine your body can use.

Creatine And The Pain

CrossFit athletes face tremendous bone stress when doing strength and power movements, and a stress fracture can take a CrossFit athlete out of training and competition for a considerable amount of time. So can creatine supplementation enhance bone integrity? Some early research suggests that it’s possible. While much of that research has involved older individuals, the underlying mechanisms may apply to CrossFit athletes training strenuously and risking bone injury. In addition, the body tends to lose bone mass during the process of aging anyway. Physical activity used to be the only reliable means to slow bone loss in the later decades of life, but now creatine supplementation appears to offer a dietary weapon.

So there you have it: more reasons to try creatine or to continue taking it. And as for what type and how much to take, the most studied and efficacious supplemental form is creatine monohydrate. It has been proven safe and remains less expensive than many of the other forms on the market. Aiming for 0.03 grams per pound of bodyweight is a sound recommendation — that’s the equivalent of 4 to 6 grams for most CrossFit athletes.

This might leave you with some questions, so I’ll try to answer some of those common questions or myths about creatine.

1. Who should use creatine?

3. Does creatine help you lose fat?

Put simply, the more muscle you have on your body, the harder you can train and WOD, and the more calories you can burn both during and after your training sessions.

Plus, creatine also helps elevate your metabolism more directly, through its hydration properties.

4. How much creatine should I take?

According to Dr. Wildman, 4-6 grams daily for most CrossFitters, which is about the recommended dose from most experts.

5. Should I do a loading phase of creatine to start?

You dont have to, but for the fastest possible benefits of creatine, a loading phase is recommended.  You double your recommended daily  dose for the first week then you go into your maintenance dose which is the 4-6 grams daily. Personally in my experience and speaking with many athletes who take creatine it is not necessary.

6. Should you cycle creatine?

This question is tricky, most studies show that if your using creatine monohydrate at the appropriate dose you do not have to cycle off for a period of time. If I go on a vacation I go off of all my supplements, If for some CRAZY reason I take a break from training, I’ll take a break from my supplements. As the saying goes too much of anything is not good for you.

7. Does creatine make you retain water?

Creatine does help your cells retain water, which is good for performance. This can, however, give you a higher body weight.

8. Should I drink more water while on creatine?

Most athletes don’t drink enough water in general, so I’m going to say yes drink more water period! Although literature shows 4 ounces of water for every 3 grams of creatine.

There is no evidence that it causes muscle tears, harms the kidneys, causes dehydration.

10. Does creatine cause cramps?

No! Jose Antonio describes another study performed during one season of NCAA Division I-A (FBS) football training and competition:

“It was discovered that creatine users had significantly less cramping; heat illness or dehydration; muscle tightness; muscle strains; and total injuries than non-users. Thus, even for athletes who are well-trained, it is clear that regular creatine consumption does not cause harm, and in fact may have a protective effect against certain exercise-related issues.”

Ok so hopefully this article helps some of our athletes out who did not know about creatine or had some questions about it. The protein recovery powder that we sell (SFH) has creatine in it, about 2.7 g per serving. If your looking for creatine by itself, I recommend creatine monohydrate by Optimum Nutrition, it is relatively cheap and one of the best and most effective.